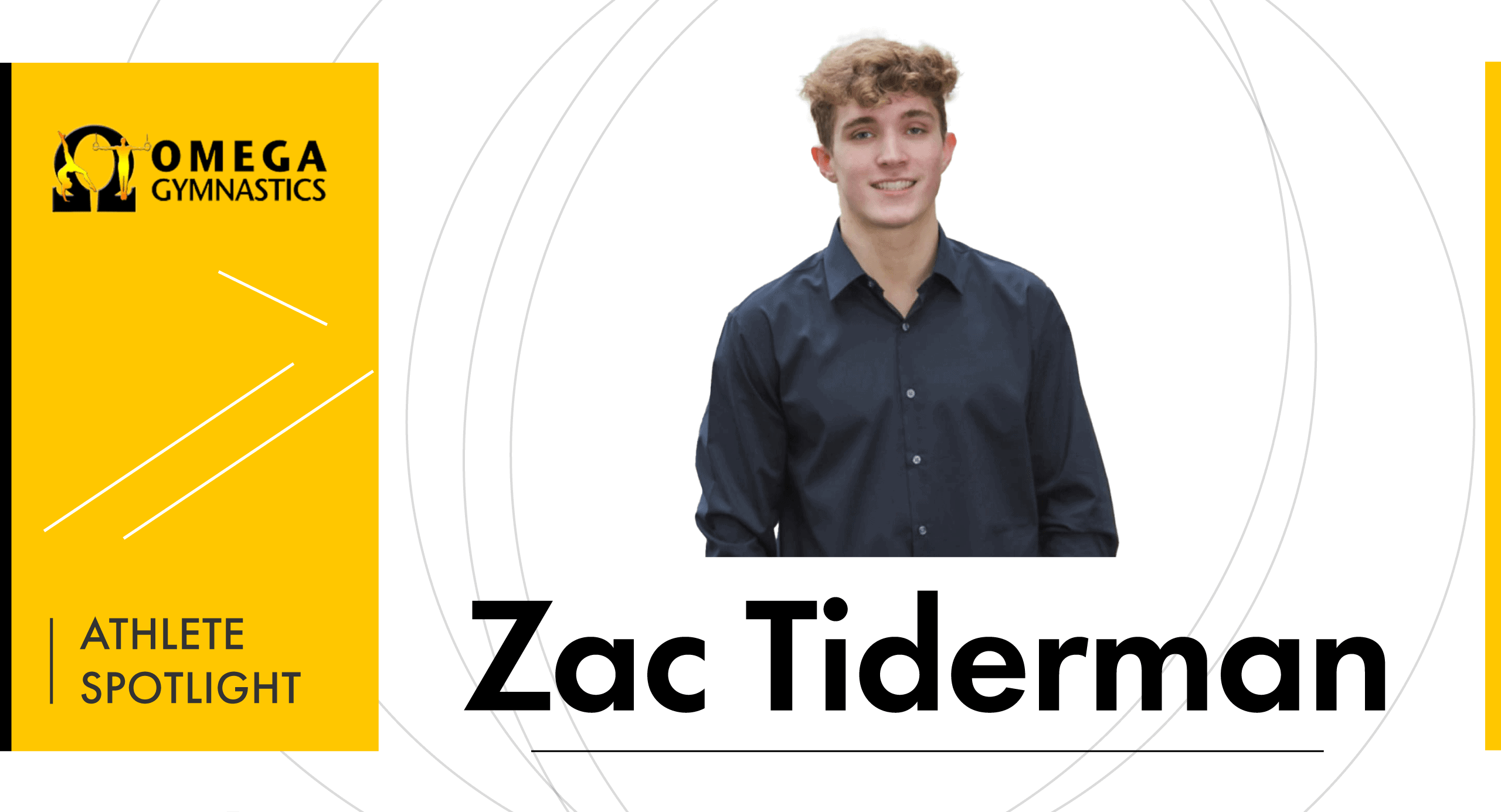 At OMEGA, we are thrilled to see our student-athletes do well, not just inside the gym but out there in real life. Their achievements inspire us to continue helping kids reach their potential through gymnastics.

One such source of inspiration for us is Zachary “Zac” Tiderman.

Zac got an early start in gymnastics. As a toddler, he kept bouncing off walls at his home. So his parents enrolled him in gymnastics preschool at age three to learn how to fall safely. He did learn to, and more besides—he fell in love with the sport.

Zac said that his favorite thing about gymnastics is the feeling of flying. He described it as the greatest feeling in the whole world. And fly he did. Before he graduated from high school, Zac competed in various national competitions. These include the 2020 Winter Cup and the 2019 US Gymnastics Championships, where he placed 3rd on the vault.

His talent and determination caught the eye of the University of Iowa. Zac later signed with the Hawkeyes Athletics men’s gymnastics program.

But Zac’s stint with the Hawkeyes was over before it began. In 2020, at the start of Zac’s freshman year, the University of Iowa decided to cut men’s gymnastics from its athletics programs. The university cited revenue losses due to Covid-19.

That didn’t get Zac down, though. Working with his teammates, he got the former Iowa gymnastics squad into the Gymnastics Association of College Teams (GymACT). Doing so allows the team to continue training and compete in the NCAA and other collegiate-level meets. Zac will also transfer to the University of Nebraska in his sophomore year.

At OMEGA Gymnastics, we prepare children for a lifetime of success, both inside and outside the gym. Because when your child experiences the physical fitness, dedication, work ethic, and personal achievement that excellent gymnastics training teaches it not only benefits them, it also benefits your family and the entire community. 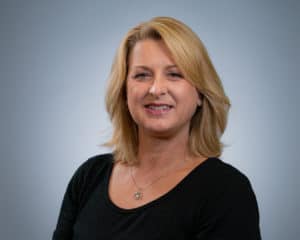 Tiffany started gymnastics at the age of 7, and quickly accelerated to elite level by 12 years old. In 1982, she not only won the bronze medal at National Championships and earned a spot on the Junior National Team, but she represented the United States at the Friendship Games in Beijing, China. Tiffany brings 27 years of coaching experience to OMEGA, including choreography for the University of Oregon gymnastics team, and 15+ years of coaching Level 7-10. She has coached numerous State and Regional champions, as well as national qualifiers and collegiate athletes. Tiffany loves seeing OMEGA gymnasts grow into accomplished athletes and young adults, and appreciates the supportive community of parents and families. She enjoys water activities and sports, time with family, sunny weather and People magazine.

“Those 10 press handstands in a row were impressive, but now, can you show me one done correctly?” — Mas Watanabe 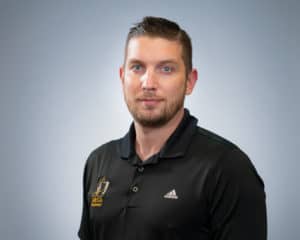 “Every worthwhile accomplishment, big or little, has its stages of drudgery and triumph: Beginning, Struggle, Victory.” — Sam Oldham 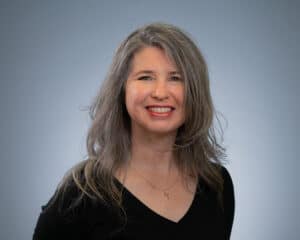 Inetha has been with OMEGA since 2010 and handles customer service, human resources, marketing and communications, facilities management, and technology/business vendors. Her philosophy is to provide the best overall service by employing the best business and customer service standards and practices. Before coming to OMEGA, she spent 10 years in technology and management roles with a large mutual fund company in Denver and four years managing the offices for a local startup church. Inetha holds a BA in Business Administration and an AA in Hotel/Restaurant Management.  She enjoys reading mysteries or binge-watching TV series. 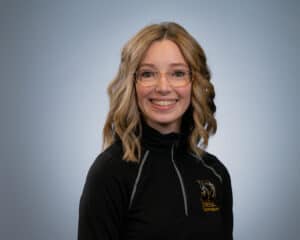 Hailey joined OMEGA in 2013 as a Compulsory Girls Level 3 team and recreational gymnastics coach. Previously, she worked for the National Academy of Artistic Gymnastics (NAAG) in Eugene as a recreational gymnastics coach and activities staff member, and where she also taught a program for children on the autism spectrum. Hailey graduated from the University of Oregon with a BA in Science for Human Anatomy and Physiology and minored in child psychology. She enjoys reading and practicing yoga.

“When I stand before God at the end of my life, I would hope that I would not have a single bit of talent left and could say, I used everything you gave me.” — Erma Bombeck 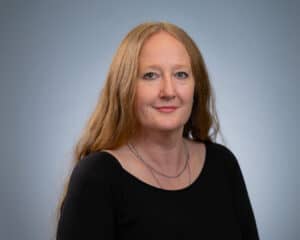 Tami has been with OMEGA since 2012 and handles all of our camps, birthday parties, Great Escapes and the administration for the recreational program. She spent eight years as an office manager for a construction company and holds an Associate’s degree in business.  A people person, Tami likes to help everyone have the best experience they can at OMEGA. She enjoys spending time with her family, hiking, helping people, yardwork and traveling. 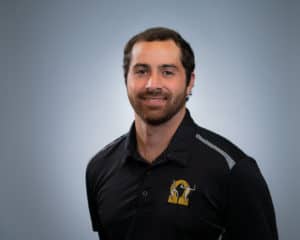 Andrew has more than 10 years of coaching experience. He began coaching after high school and has continued to educate himself on the sport of gymnastics. Andrew has coached many state team and individual titles in a range of age groups. He has also successfully taken gymnasts to Regionals and Western nationals. Andrew is motivated by helping kids create realistic goals and giving them the proper tools and confidence to reach them. He’s inspired when seeing a child achieve a skill and the happiness it brings. Andrew enjoys spending time with family and friends and loves climbing, mountain biking, skiing and any activities that get him outside.

“Life moves pretty fast.  If you don’t stop and look around every once in a while, you could miss it.” — Ferris Bueller 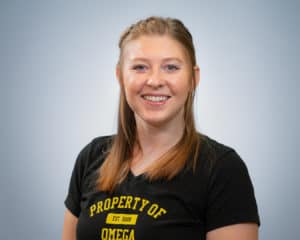 Micaela is also in charge of communication for Girls Optional and Boys Team. She spent 16 years as a gymnast and has been coaching since 2008. She won numerous Idaho Level 10 State Championships, was a Level 10 Regional Champion, qualified to Level 9 Westerns and multiple Level 10 Nationals. She also competed for Boise State her Freshman and Sophomore year.  She’s coached girls who have qualified to Level 7 Nationals, Level 8 State Team, Level 9 Western Nationals, and Level 10 Nationals. Micaela loves having a positive impact on young kids’ lives and wants to see them grow not only as athletes but also as people. She enjoys yoga, disc golfing, hiking, camping, rock climbing, traveling, being a plant lady, drinking loose leaf tea, and trying new restaurants. 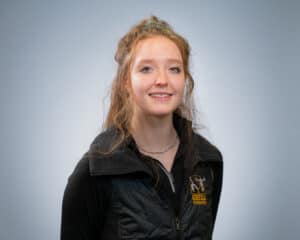 Starr has been coaching with OMEGA since 2015 and now coaches JO Compulsory Levels and all Divisions of Xcel. Prior to that she was on OMEGA’s competitive optional team as a regional Level 8. She loves creating an environment in which kids will succeed, have fun, overcome challenges and learn gymnastics along the way. Starr has an Associate’s degree in art with a minor in psychology. In her spare time, she loves painting, snowboarding, rock climbing and traveling. 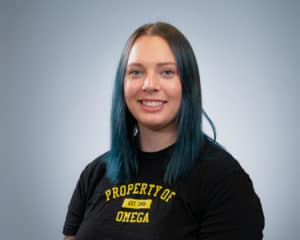 Mac has coached at OMEGA since 2017.  She was a competitor from the age of 5 through 18 and believe gymnastics teaches valuable life lessons, including good work ethic, respect and self-discipline. A USA Gymnastics-certified professional coach, Mac has been coaching in Region 2 for 17 years and has coached multiple state champion teams and individuals. She attended Boise State and enjoys crafting, sewing, painting cars and relaxing with her kitties. 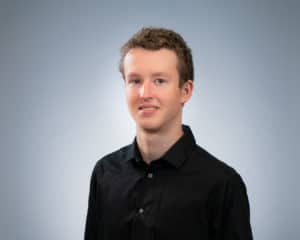 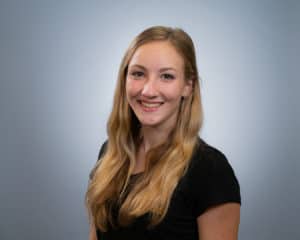 Avery has been with OMEGA since 2019, and prior to that, was a gymnast at OMEGA since 2015.  She’s always loved gymnastics and wants to do everything she can to help others be able to participate in such a unique and awesome sport. A student at Mountainside High School, she currently participates in varsity cheer, and holds the pole vault record for the school. She she enjoys playing the guitar and sewing. 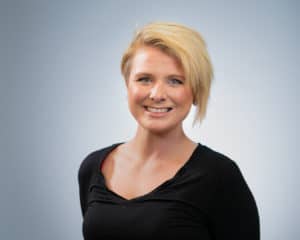 A dancer since childhood, Ashley has coached gymnastics since 2016, and one of her children is a gymnast. One of her favorite things about coaching is when she’s working with a child who’s struggling to master a skill, then keeps working hard and finally pushes through and gets it! Ashley’s a mom of two, and loves motocross, fitness, pizza, her two old dogs and one cat.

“If you pretend you’re courageous over and over again, you may eventually realize you have become courageous.” — Shannon Miller 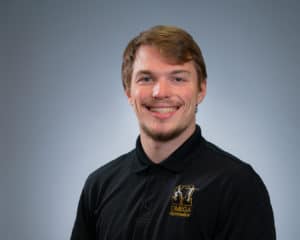 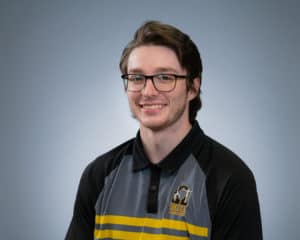 On the OMEGA staff since 2012, Gavin loves being a coach and is inspired by spending time with kids because they are “energetic, unpredictable, fun wild cards.” He appreciates that gymnastics is a fun way for kids to be with others in their age group outside of school. 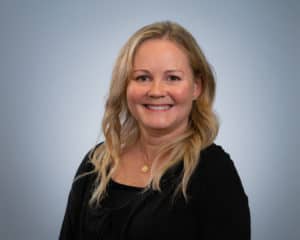 Katie started as a 5-year-old gymnast and eventually switched to soccer in high school. During her college years, she led her team as the captain. Katie locally coached soccer and gymnastics for several years and then developed an extensive education and coaching background. She’s currently OMEGA’s Discovery Program Manager, leading the pre-school program, developing curriculum, coaching gymnastics, and teaching various foundational subjects. Katie appreciates how working with OMEGA allows her to play a crucial role in children’s lives. She believes she’s given enormous responsibility and privilege to guide their development and overall well-being. Katie spends most of her spare time with her kids or attending her daughter’s gymnastic competitions and doing outdoor activities like hiking, camping, rafting, backpacking, and walking on the beach.

“It is always possible to be thankful for what is given rather than resentful over what is withheld. One attitude or the other becomes a way of life.” – E. Elliot 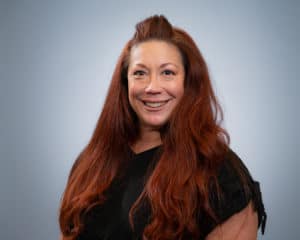 Kimberly brings in over 30 years of coaching experience. During that time, she successfully helped students reach state, regional, and national championships. She also led two highly successful programs in California as a head coach and played a crucial role in the TOPS program for years. Kimberly coaches Level 2-5 girls at OMEGA, and coached Level 2-10 girls for most of her career. She holds a degree in Kinesiology with a minor in Athletic Training, and certified in emergency first aid, CPR, and all OMEGA required certifications. Kimberly is also a licensed respiratory therapist and surgical technician. She delights in transforming girls into successful sportspersons . Outside of her career, Kimberly likes to spend her day on the beach, play with her chickens and turkeys, tend to her garden, plant vegetables, and snowboard or wakeboard. 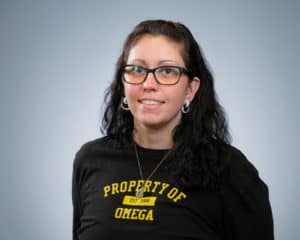 Sarah has been with OMEGA since 2016.  Prior to joining the staff, Sarah taught elementary school for almost 20 years. She graduated from UNM with a Masters in Early Childhood Education and an Associates in Sports Nutrition and Wellness and Business Administration. She believes every child is creative and the challenge is to stay creative and open-minded as you grow. Sarah enjoys gardening, reading and playing video games with her two boys. 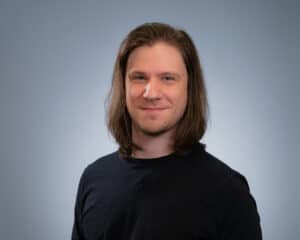 Zeke has more than a decade of professional recreation and team coaching, has attended multiple regional and national trainings with Coaches Congress, and is certified in a variety of online and hands-on coaching and safety courses through USAG. He’s motivated when he sees his athletes succeed through their hard work and dedication.
A creative jack of all trades, Zeke has worked side by side with Portland Fire Fighters on foam pit extraction safety, plays guitar and drum, creates digital art and loves seeing live music shows.

“My reality needs imagination like a bulb needs a socket. My imagination needs reality like a blind man needs a cane.” – Tom Waits

Abby handles birthday parties, Great Escapes, and camps. She’s been with OMEGA since 2019 and was previously part of our competitive team. Abby is currently working on a Physical Therapy degree at SDSU and believes that without challenges you you’ll never grow. She loves the dedication of OMEGA coaches and staff. 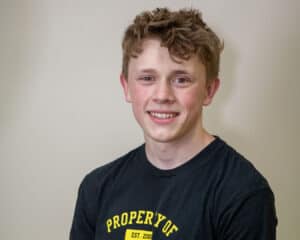 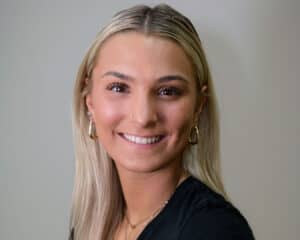 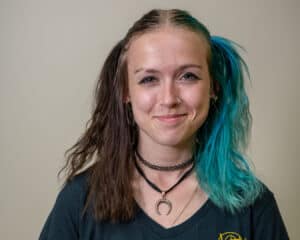 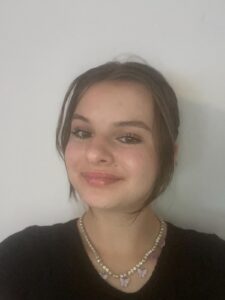